If anyone can make magic out of these trying times, it’s theater makers. With our team of endlessly creative and resourceful staff and faculty ready to make the most of this unprecedented situation, we’ve curated a few different digital ways for you to join us on this ride. Read on for all of the details, and no matter your background, we hope you’ll tune in!

Skeleton Crew  & Guards at the Taj

The Fall Reunion Reading Series brings original casts and directors back together to perform virtual readings of past Atlantic productions. While you cannot come to our stages for live theater, we’re excited to bring theater to you!

We are committed to connecting deeply and authentically with audiences from a broad range of economic backgrounds, ages, ethnicities, and perspectives. To further that commitment particularly in light of the current health crisis, we’re offering this virtual series free of charge. However, reservations are required.

The series launches with Dominique Morisseau’s acclaimed Skeleton Crew  featuring original cast members Jason Dirden, Wendell B. Franklin, Nikiya Mathis, and Adesola Osakulumi, along with Caroline Clay. Follow a makeshift family of auto workers as power dynamics shift and they are pushed to the limits of survival.

Guards at the Taj : A Reunion Reading

Rajiv Joseph’s Guards at the Taj premiered at Atlantic in 2015 with Tony-nominated actors Omar Metwally and Arian Moayed. Join the original cast as they return as Imperial Guards to the shadow of the newly-revealed Taj Mahal in 1648 India.

Following the Reunion Reading of Skeleton Crew, join Lynn Nottage (The Secret Life of Bees) as she interviews Dominique Morisseau about Skeleton Crew and her celebrated body of work.

Join Guards at the Taj playwright Rajiv Joseph and director Amy Morton for a conversation about their work, collaboration, and creative process.

After a successful series in the spring, we are back with the second installment of #TechniqueTuesdays!

Atlantic Acting School Faculty member Sam Gonzalez will take you through the building blocks of Practical Aesthetics, the Atlantic Technique, as outlined in A Practical Handbook for The Actor. In this introductory workshop, you’ll develop basic technique, learning to articulate your understanding of text through compelling, playable actions.

Live from Clarksdale, MS, the childhood hometown of Tennessee Williams, one of the most produced playwrights of all time! With Atlantic Ensemble member, senior Faculty, and Williams documentarian Karen Kohlhaas as your guide, you’ll dive into Williams’ Delta roots and watch actors interpret the poetic language and vivid depth of his characters.

Wrapping Up the Atlantic Technique

With the tools of the Atlantic Technique under their belts, actors can arrive at interpretations of a given text that are both personally meaningful and squarely rooted in the playwright’s intentions. Sam Gonzalez and Karen Kohlhaas will bring it home by showing you how to consistently implement the technique in your acting choices, and will answer any closing questions you have.

Every Friday, we post a #FeelGoodFriday clip from our archives to our social channels (Facebook, Twitter, Instagram), letting the art simply speak for itself. Enjoy our recent shares below, and maybe consider grabbing a tissue? These hit home… 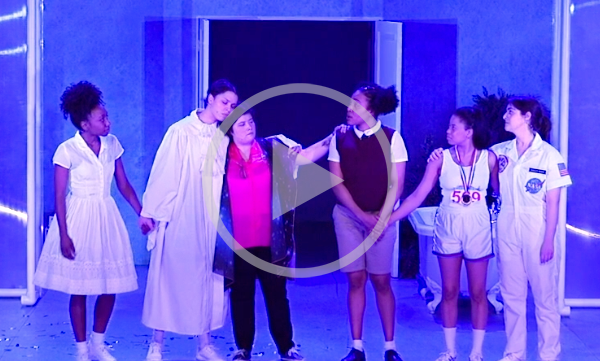 The final number from our recent Atlantic for Kids production of She Persisted, The Musical, inspired by Chelsea Clinton’s book of the same name. 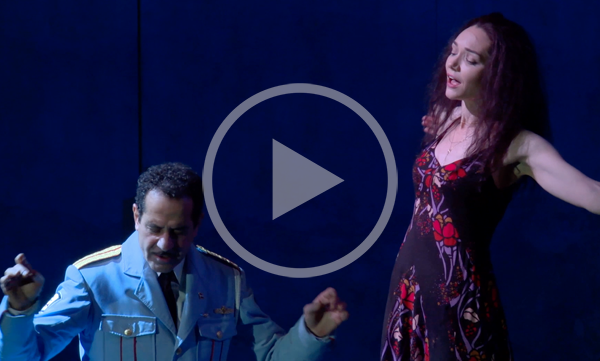 A selection  from our 2016 World Premiere Production of multi-award-winning The Band’s Visit. The show went on to win 10 Tony Awards.

“I Will Always Love You” 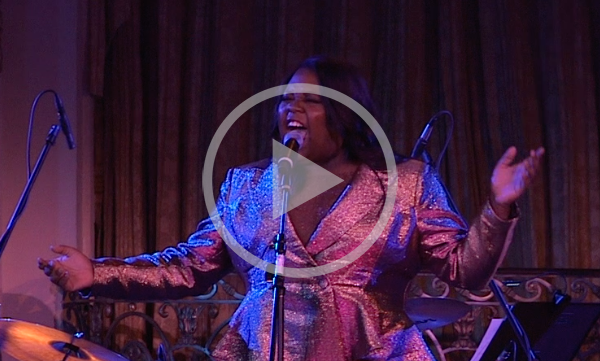 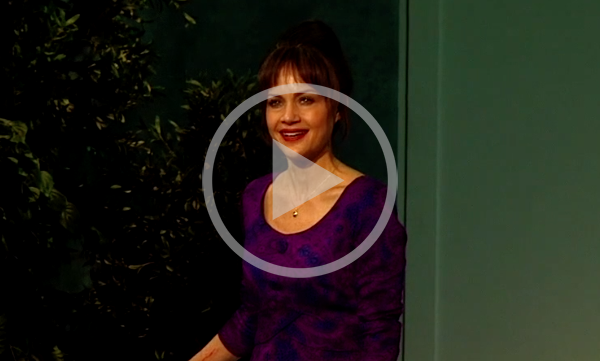 BONUS! A short yet meaningful clip featuring Carla Gugino from our recent production of Anatomy of a Suicide, one of our two productions cut short by the outbreak of COVID-19. 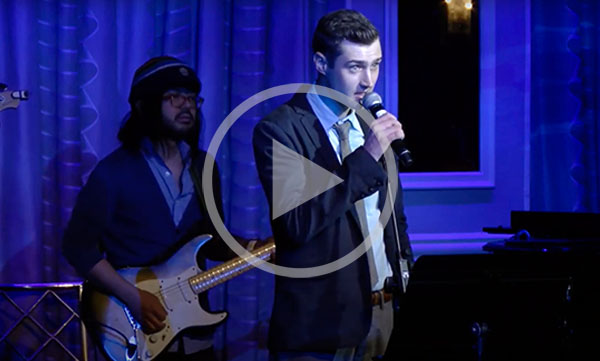 Performed by the luminous Will Connolly at our 2017 Gala a year before the show’s World Premiere on our stage, this is a selection from This Ain’t No Disco. “You will be.”

“Hold This House Together” 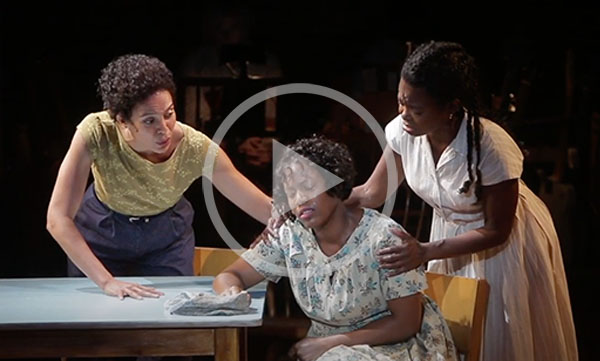 Whoa! This #FeelGoodFriday is brought to you by the recent Drama Desk nominee for Outstanding Musical: The Secret Life of Bees. Listen as Eisa Davis, LaChanze & Anastacia McCleskey sing this powerful number. 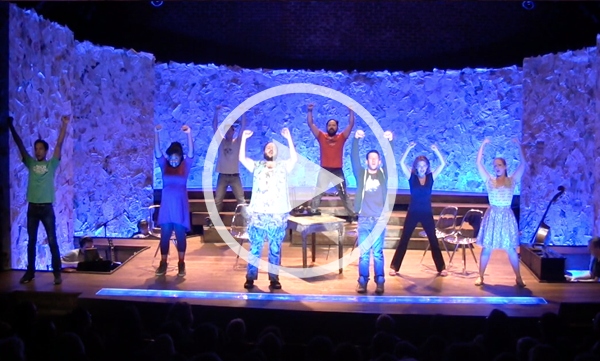 Enjoy this flashback from our 2014 world premiere of Found by Hunter Bell, Lee Overtree & Eli Bolin, based on the found books and magazines by Davy Rothbart!

“Lo, How a Rose E’er Blooming” 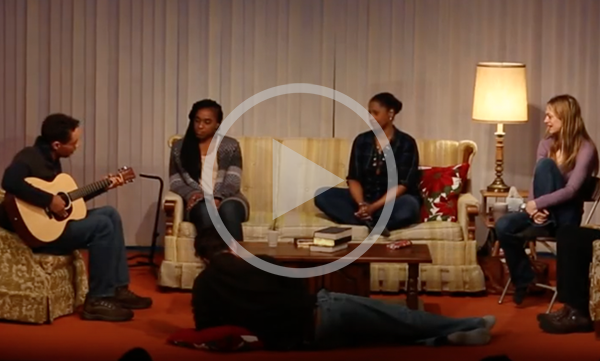 We didn’t realize how much we needed this. This #FeelGoodFriday is a centuries-old holiday hymn as performed by the radiant Kyle Beltran and the cast of Blue Ridge. 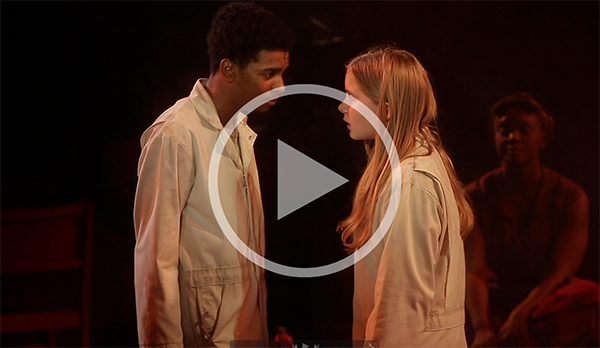 The Secret Life of Bees returns to #FeelGoodFriday with this sweet scene and irresistible duet ‘What Do You Love?” between the show’s youngest duo, Zachary (Brett Gray) and Lily (Elizabeth Teeter). 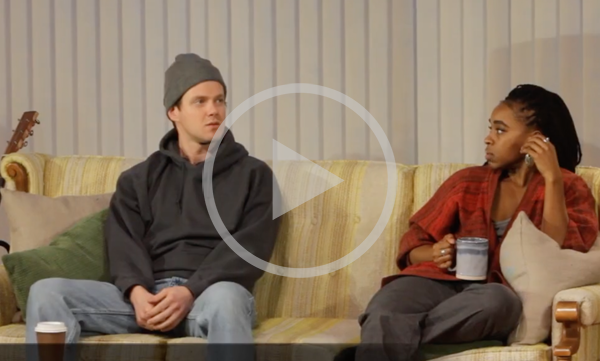 In preparation for this afternoon’s #CreatorsCut featuring the creative minds behind this #TreeorStalin moment, we couldn’t help but share a bonus Blue Ridge. #FeelGoodFriday clip for a good laugh. (Laughing feels good, too.)

“Somewhere” from West Side Story 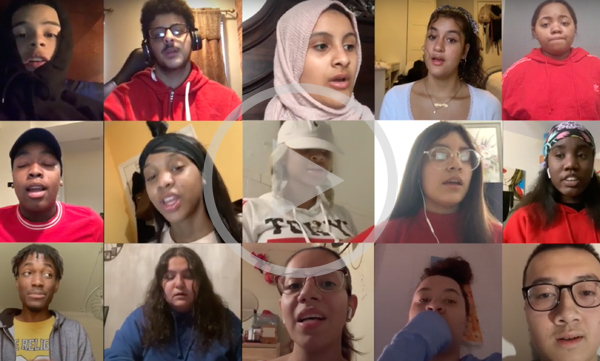 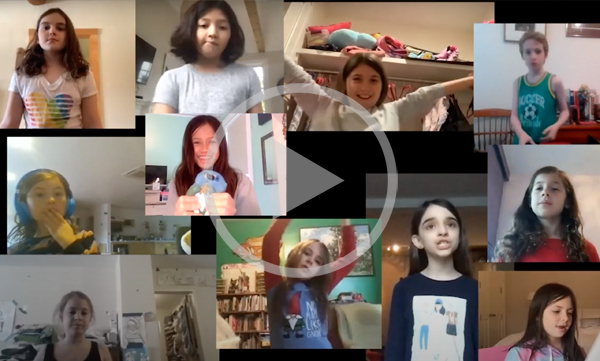 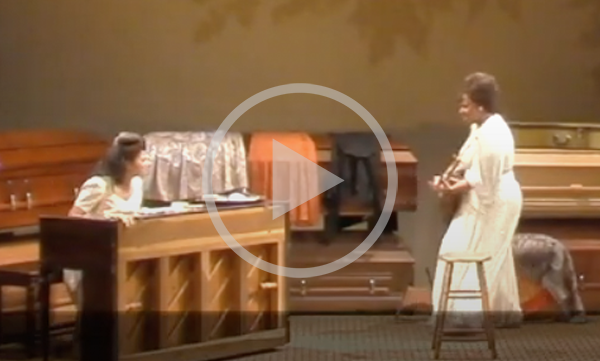 We honor the Godmother of Rock ‘n Roll, the great Sister Rosetta Tharpe! Bow down to her (and to Marie Knight) and this A+ rendition of “Didn’t it Rain,” featuring Rebecca Naomi Jones & Kecia Lewis, plus Felicia Collins (guitar) & Deah Harriott (piano)! 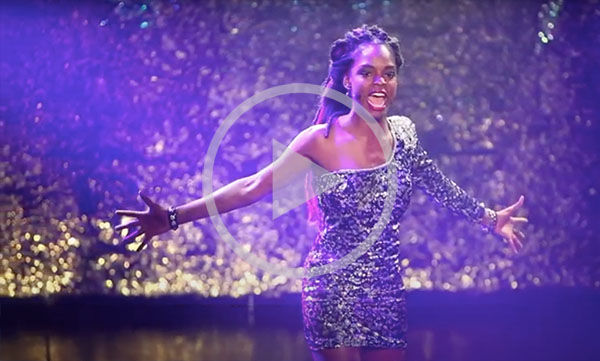 Today’s #FeelGoodFriday features the piercing vocals of Samantha Marie Ware in “Soldier On” from our 2018 world premiere of This Ain’t No Disco. 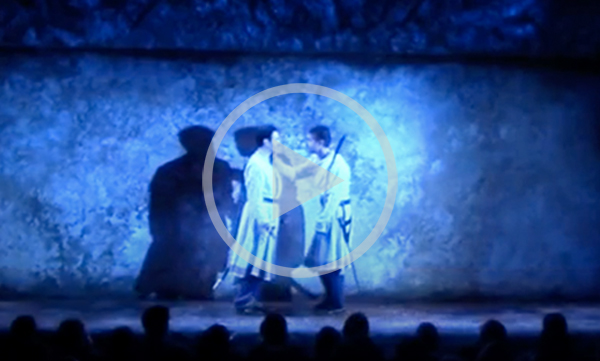 We would permanently post this #FeelGoodFriday clip from our 2015 production of Guards at the Taj to our fridge if we could. Playwright Rajiv Joseph’s words uttered here by actors Omar Metwally & Arian Moayed ring extra true today.

“People don’t know how to merge” 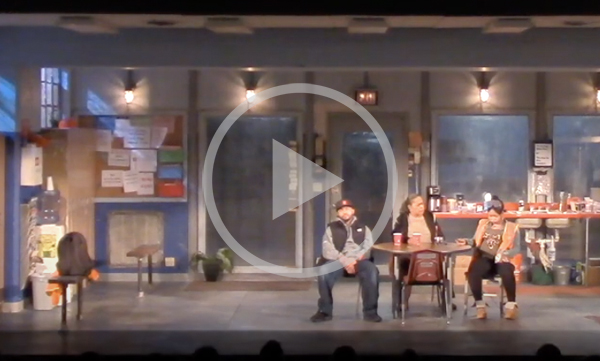 A message for our atlantic acting school students 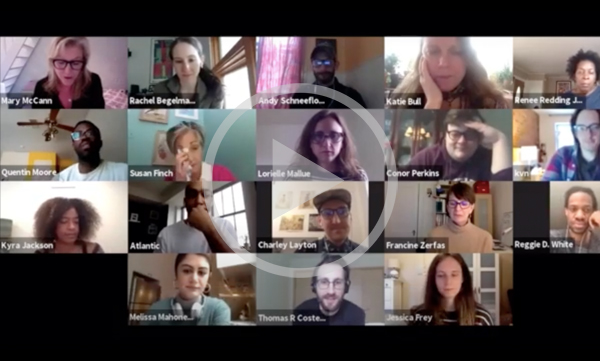 This #FeelGoodFriday goes out to all of our acting students who fearlessly jumped into the virtual deep end with us. Today, we celebrate you.

“What is the function of art?” 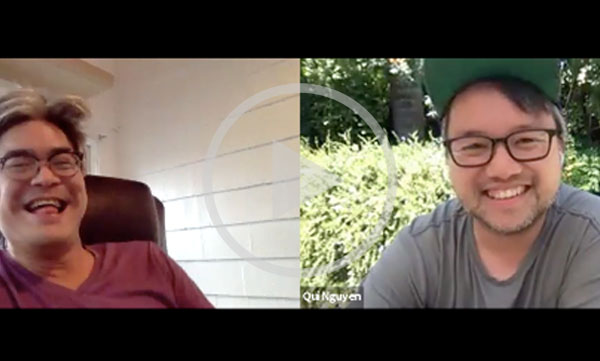 This #FeelGoodFriday clip about the power of community – these days especially – is from our July 10 #WritersReflect edition of #LiveWithAtlantic with Lloyd Suh & Qui Nguyen.

“Change the world with your words” 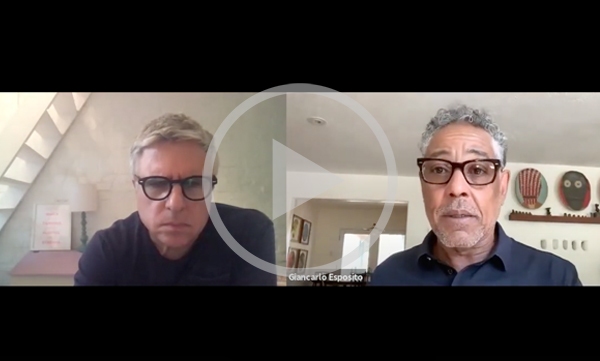 “It’s gonna cost you something.” 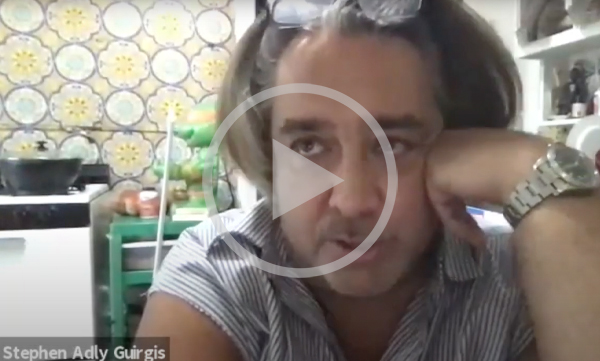 Today’s #FeelGoodFriday is brought to you by playwright Stephen Adly Guirgis on #LivewithAtlantic last week, in response to the audience question, “Does writing these honest, brutal, incredible characters take a toll on you in the process?” 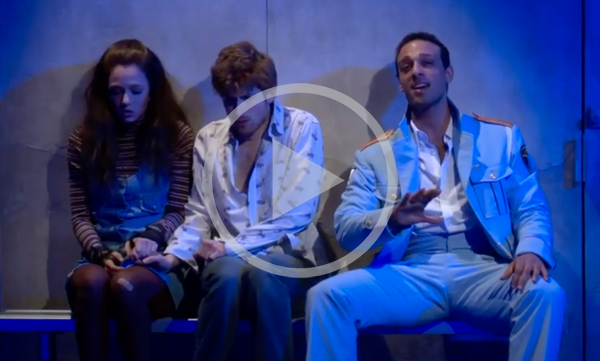 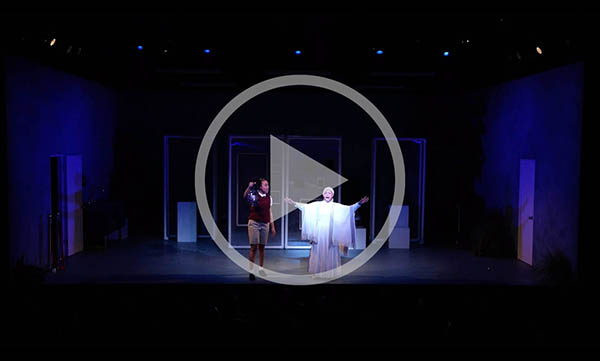 In this award-winning musical for young audiences, 4th grader Naomi encounters inspirational women throughout history. In your #FeelGoodFriday for this week, here is what Harriet Tubman tells her.

“Our Lady of Chains” 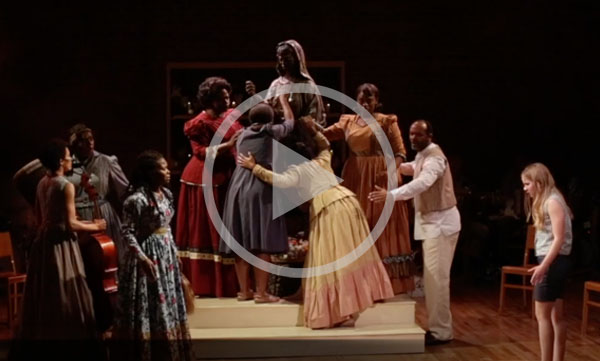 We hope you’ll take a few minutes to watch and listen to the deeply powerful, deeply resonant end of Act 1 number from The Secret Life of Bees to mark the end of this #FeelGoodFriday series.

Watch-Party-meets-Master-Class. View selections from past Atlantic productions alongside the intrepid artists who built the world, and then stick around as they discuss transforming the work from a 2D page to the live stage!

The early days of Atlantic. Two Atlantic Ensemble members discuss the history of our company, and how their work has evolved since those early days.

Music soothes the soul. We’ve asked some of our favorite composers to play us their cut songs, brand new tunes, and old classics.

Conversations between smart people. A pair of playwright friends interview each other, sharing stories about their individual processes, and what it means to create while in isolation.

Featuring the composer of our award-winning production of The Band’s Visit, David Yazbek!

Creator’s cut:
Guards at the taJ

Featuring the playwright behind our award-winning world premiere of Guards at the Taj, Rajiv Joseph, in conversation with actors Omar Metwally and Arian Moayed!

Featuring co-creators and composers of This Ain’t No Disco, Stephen Trask & Peter Yanowitz.

INSIDE THE ENSEMBLE:
Giancarlo Esposito

inside the ensemble:
Isiah Whitlock Jr.

Atlantic for Kids, with the leading support of Bay Area Children’s Theatre, Alliance Theatre, and Seattle Children’s Theatre, is proud to partner with 41 Theaters for Young Audiences (TYA) nationwide to participate in a kids play about racism, a groundbreaking online educational performance for families adapted and directed by a beloved member of our artistic family, Khalia Davis!